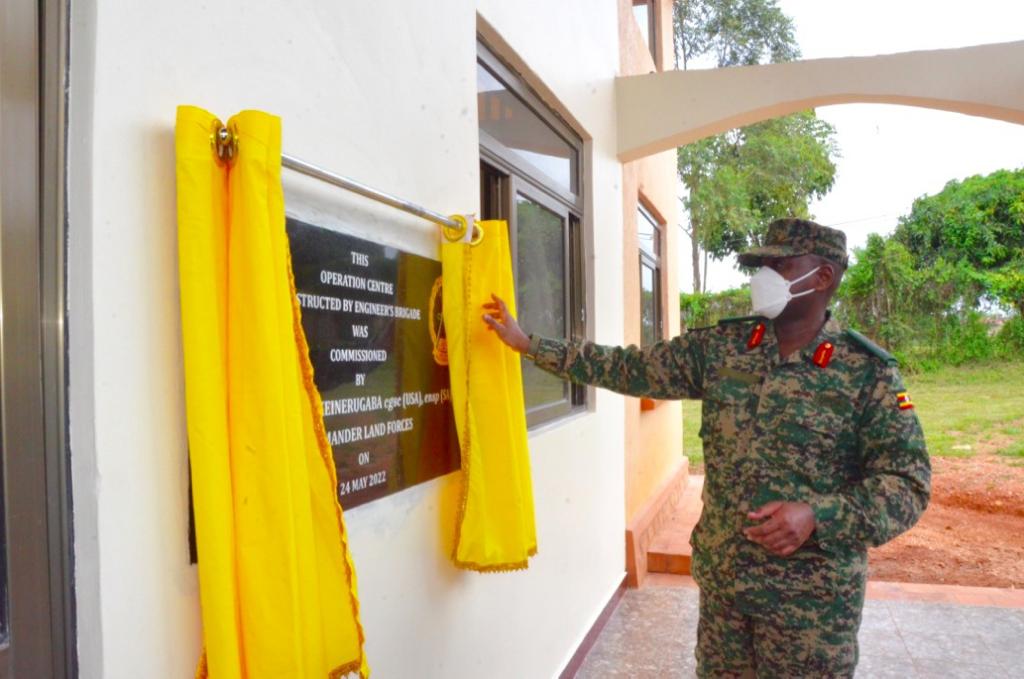 The other projects included tree planting, assessment of water supply and sanitation and assessment of infrastructure among others.

While Commissioning the Operations Centre Gen Muhoozi thanked the UPDF leadership and the Directors under Land Forces for the continuous support rendered to him and appreciated all the Directors for attending the meeting.

He noted that almost 70% of UPDF officers and militants are not closely looked upon in terms of welfare like housing. “This is just the beginning of renewing of Land Forces and Bombo Barracks will be one of the best UPDF Barracks within EastAfrica” he said.

Gen Muhoozi urged all Officers and men who are engaged in UPDF projects not to be involved in any corruption especially when it comes to issues of accountability of project money.

He thanked all the UPDF engineers for the good work saying it is all about the discipline, teamwork, loyalty, integrity, sacrifice of Officers and militants in order to achieve one goal.

The Joint Chief of Staff (JCOS), Maj Gen Leopold Kyanda said it has been a long time coming since this project kicked off and he was happy to see it completed.

He noted that when you compare other ministries to UPDF, we still have some catching up to do.

The Commander Engineers Brigade(CEBDE) Brig Gen Besigye Bekunda thanked the entire UPDF for giving them opportunities to continue with UPDF projects, adding that they are proud to be Engineers Of UPDF.

Eng Bekunda added that there is a need to fight for direct labour for our soldiers which is still a big challenge.