All these disputes have come up after Bishop Zoreka suspended Rev. Tibesigwa on the accusations of wedding foreign couple in the queen national park without permission and soliciting funds from donors which he never accounted for to the diocese.
Rev.Tibesigwa was also accused of trying to put an end the life of Bishop Dan Zoreka by poisoning him through a drink.
The poison saga, met a dead rock as police report states it was harmless however that did not save rev Justus from not being suspended.

Hon.AmamaMbabazi alongside other top church leaders on Tuesday held several meeting with two warring parties later they maintained Rev.Tibesigwa’s suspension but agreed that they would continue to intervene in the on-going wrangles until all the issues are resolved.

They all called on the Christians to remain calm as the perfect solution is soon being sought. 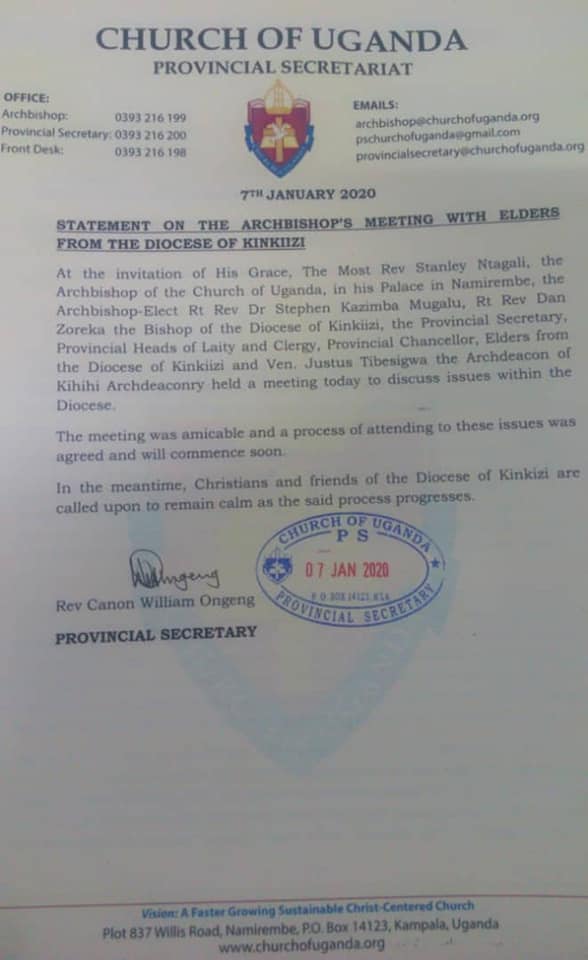