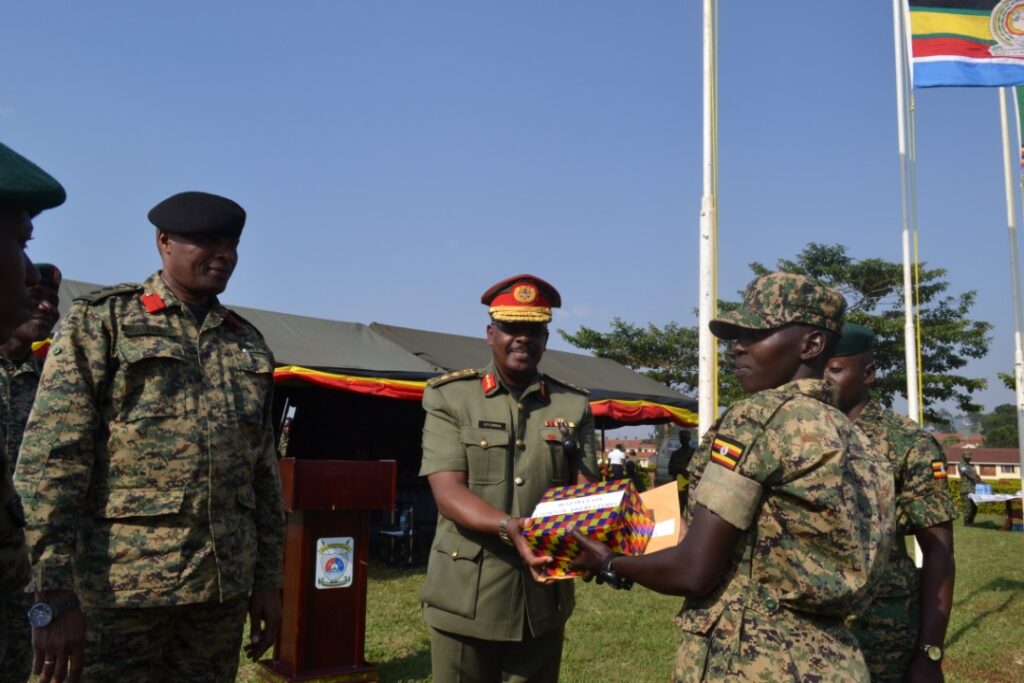 Gen.Kyanda handing over a gift to one of  the best performers

The Commandant of NCOA, Col Saad Katemba said the courses were intended to impart skills and knowledge on the trainees as well enhance their individual capabilities to enable them perform their duties more effectively.

“I am confident that the courses have added a brick in the construction of a professional Force. These graduands can now be entrusted with more responsibilities in the maintenance of security in our country and anywhere else the leadership may decide,” Said Col Katemba. 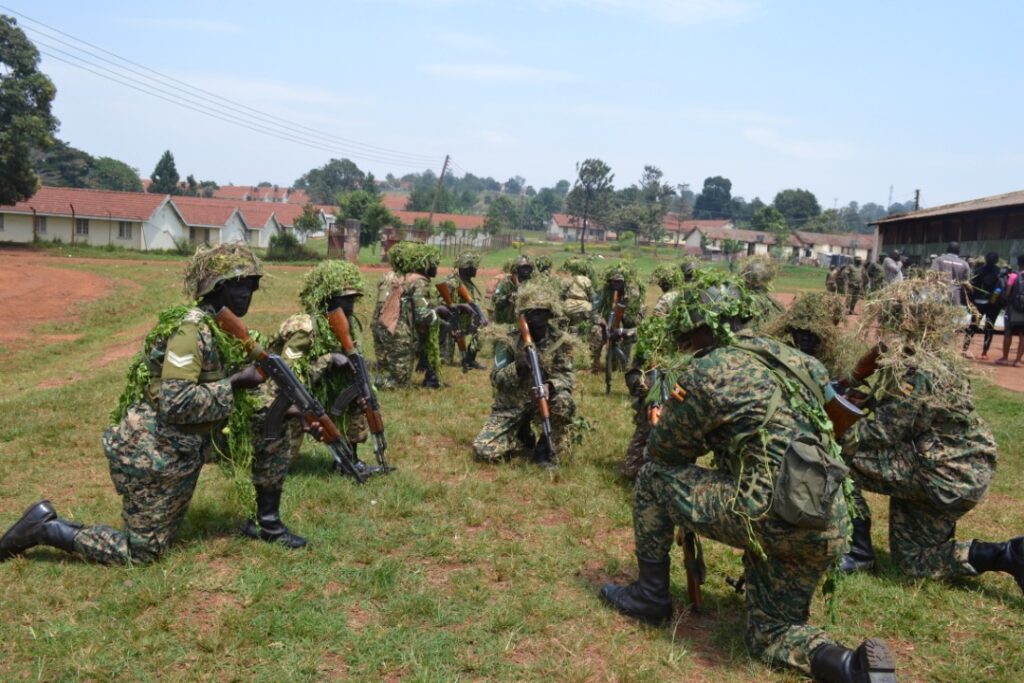 The Chief Guest, Maj Gen Kyanda was impressed by the demonstrations conducted by the graduands during the pass out ceremony which included range, tactics, drill and instruction exercises. He said that the excellent performance exhibited is a clear sign that the trainees greatly benefited from the training.

“This is a remarkable achievement for the UPDF and also a clear sign that the professionalization agenda is moving on a steady trajectory,” said Maj Gen Kyanda. He added that the UPDF leadership is committed to building the capacity of Non-Commissioned Officers (NCO) Corps and that such courses are part of the wider arrangement to empower the NCOs with leadership skills to manage soldiers under their command.

“The NCO training has taken priority on UPDF calendar because it is important to empower the NCOs who play a vital role of linking the Militants to Officer,” said Maj Gen Kyanda. He noted that it’s the NCOs who are closest to the soldiers and play an important role in ensuring an efficient, disciplined and effective Force.

He said the NCOs should on deployment ensure daily drilling and inspection of the troops under their command to ensure focus and combat readiness. He also told them to ensure regular physical fitness and battle drills training for their troops. 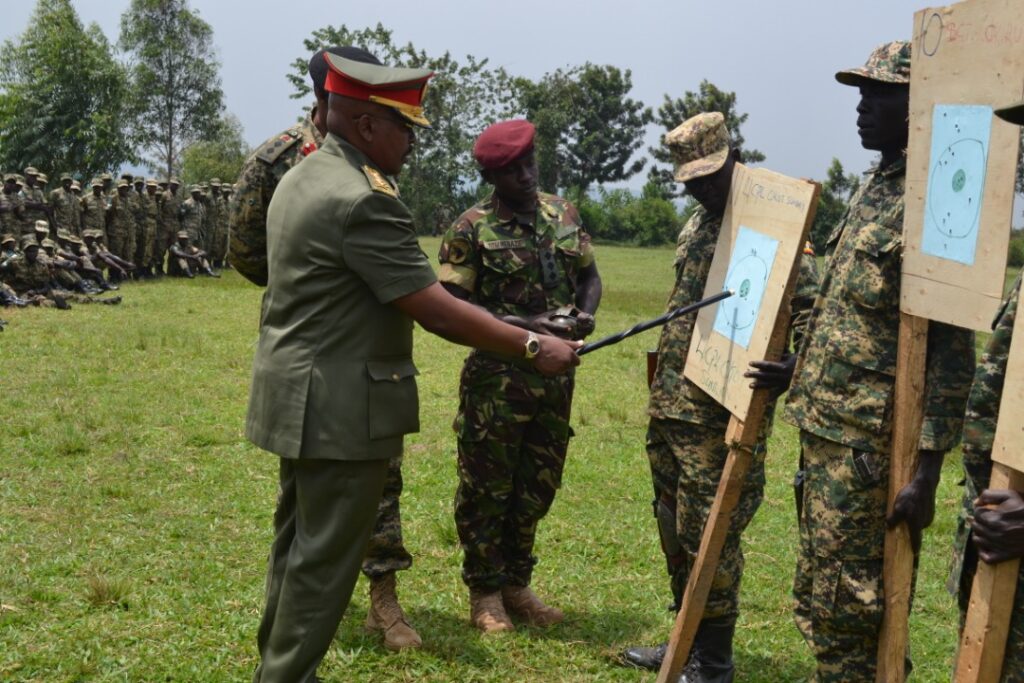