Trending
HomeNewsUPDF Destroys Tons Of Poisonous Heavy Military Weapons
Uganda Peoples’ Defence Forces has  carried out a demolition exercise at Karama Demolition Ground.
The demolition exercise was aimed at demolishing the unwanted explosive ordinances and weapons, those that were used and did not explode as well as the old ones.
Brig Gen Solomon Amanya, the chief responsible for Military equipment who represented the Chief of Defence Forces (CDF) thaanked the US Embassy for the close working relations with Uganda and UPDF in particular.
Brig Amanya thanked the UPDF for taking a stride in insuring safety in the country by demolishing the explosive since they are a danger to human life. “These explosives have been gathered since 2018 from different parts of the country with the aim of demolishing them in order to create public safety which is our mandate to Ugandans” he added. 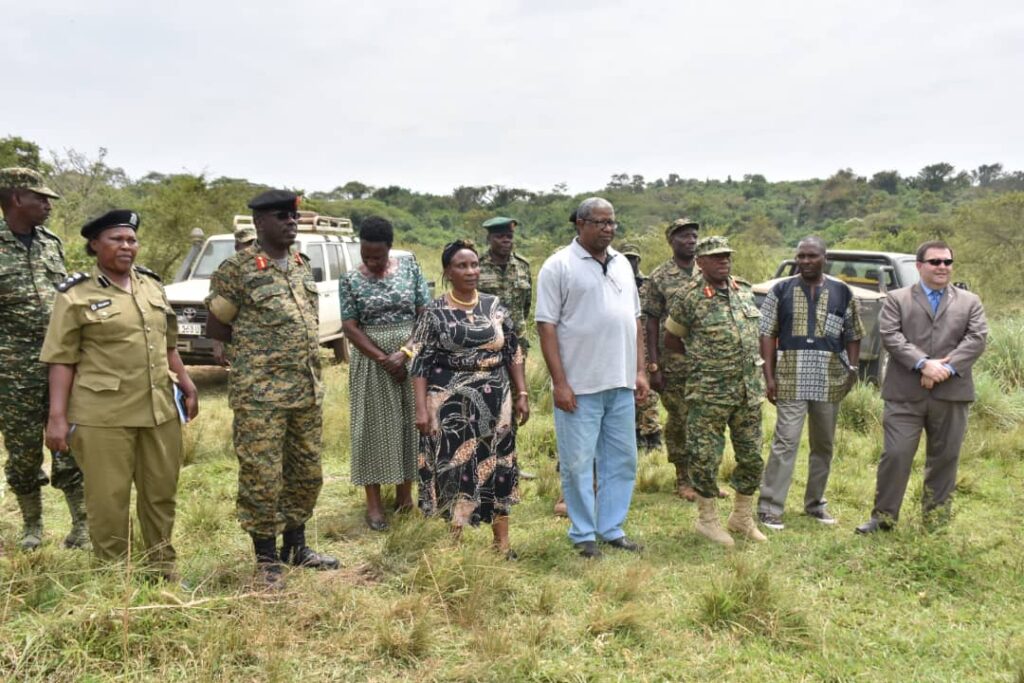 A joint security team which over saw the burning of weapons
Lt Gen Badreldin Elamin Abdelgadir the executive Secretary Regional Centre on Small Arms (RESCA) thanked the government of Uganda for allowing him an opportunity to witness the demolition exercise.
He added that he was happy that the UPDF was doing what it takes to insure safety of Ugandans.
Lt Col Elamin thanked the UPDF for putting lives of Ugandans at the forefront by demolishing the explosives which put the lives of Ugandans at risk.
He was also grateful for the close ties USA is enjoying with the Government of Uganda and he promised that the US Embassy is willing to continue supporting the UPDF.
Col Richard Wakayinja, the field Engineering Regiment officer and deputy Commandant Engineer’s Brigade who led the demolition exercise thanked the training school for exhibiting exceptional skills in demolishing the weapons.
He added that the weapons were being demolished because they are dangerous to humans and they had taken long in stock. “These explosives can explode themselves if they are expired so it was necessary to demolish them” remarked Col Wakayinja. 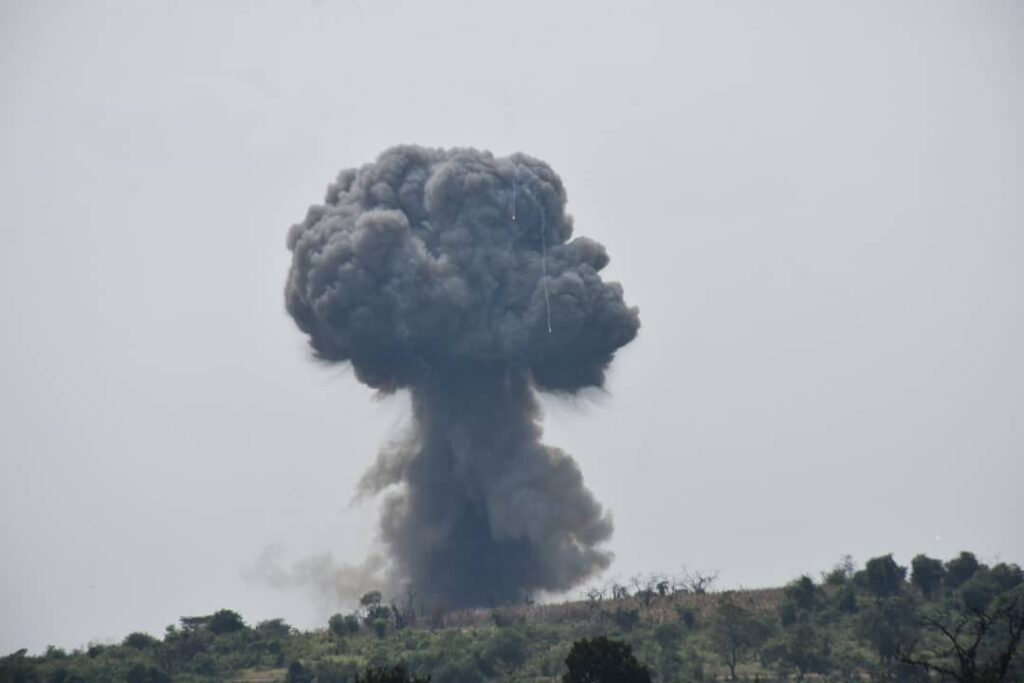