Russia on Friday announced it had dispatched two state-of-the-art warships to the Middle East after an attack in Syria killed 33 Turkish soldiers.

Videos posted on social media showed two of Russia’s newest guided missile frigates, the Admiral Grigorovich and the Admiral Makarov, making their way through the Bosporus, a Turkish-controlled chokepoint that runs through Istanbul, on their way to the Syrian coast.

Though Russia and Turkey have seen a rapprochement in recent years, much to the chagrin of the U.S. and its NATO allies, the two sides pursue opposing goals in Syria. Moscow backs Syrian President Bashar al-Assad, while Ankara backs rebel groups opposing him in northern Syria. 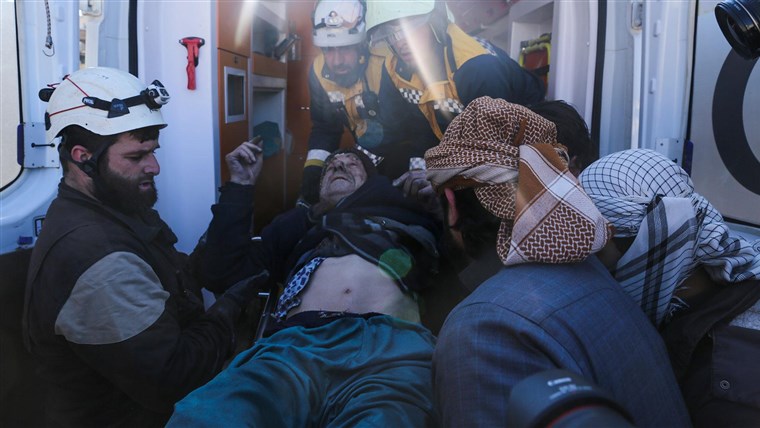 Syrians trying to save a Turkish soldier

Turkey has beefed up its support – both in men and material – for rebel forces in the face of a Syrian regime assault on the last remaining opposition stronghold in Idlib province. The escalation of violence has again highlighted Russia’s and Turkey’s conflicting interests in Syria.

A U.S. State Department official told reporters Friday that it remained unclear who had launched the strike that killed Turkish troops, but that Russia was known to work closely with the Assad regime.

“At every level, every military action, seemingly however minor, is coordinated by Russian commanders,” said the official.

The Trump administration was exploring ways to assist Turkey, the official said, but “military moves by American units” were not being contemplated.

“As a NATO ally and a major foreign military sales partner,” said the official, “we have information sharing and equipment relationships with the Turks. We are looking at what we can do on an urgent basis right now to help them.”

The Russian defense ministry said Friday that the Turkish forces in Idlib came under Syrian government fire while operating alongside “terrorist formations” near the settlement of Behun, referring to Turkish-backed rebels.

“[Russian forces] have constantly requested and confirmed with their Turkish colleagues the coordinates of the location of all units of the Turkish armed forces positioned near the areas of terrorist actions,” the Russian statement said.

The statement said that Turkey failed to notify Russia that its troops were operating in the region while simultaneously denying that any Russian aircraft were conducting strikes in the region.

Russian Foreign Minister Sergey Lavrov, speaking at a press conference Friday, expressed his condolences for the Turkish soldiers, but noted that the incident would have been prevented if Ankara had honored a deconflict agreement between the two militaries in the region.

He also said presidents Vladimir Putin and Erdogan have spoken about the situation. In a separate statement, the Kremlin said they agreed on the need for a new arrangement to avert clashes. Turkey said the leaders agreed to meet as soon as possible. 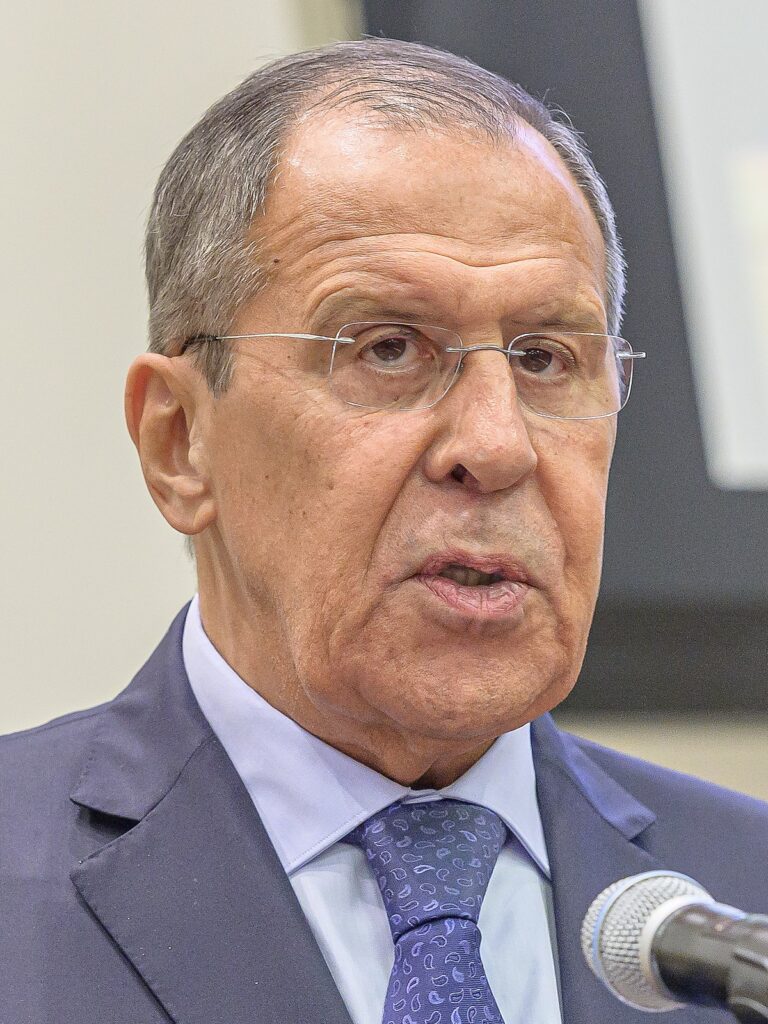 Sergey Lavrov, Minister of Foreign Affairs for the Russian Federation during a press conference

Elsewhere E.U. foreign policy chief Josep Borrell warned on Twitter that there was “a risk of sliding into a major open international military confrontation.”

He added: “It is also causing unbearable humanitarian suffering and putting civilians in danger.”

The deployment Friday of Russian ships, capable of firing guided cruise missiles at land targets, comes as Turkey mulls over possible responses to the killing of its soldiers by Russian-backed Syrian forces Thursday — including the possibility of a wider Turkish assault on Syrian forces in Idlib.

Military tensions last flared in 2017, when Turkey shot down a Russian aircraft that strayed into Turkish airspace while conducting bombing runs on Ankara-backed rebel forces in northwestern Syria, raising the specter of broader conflict between Europe’s two largest militaries.

Turkey ultimately backed down from that standoff and signed on to purchase Russian S-400 air defense systems. Since then, Putin and Erdogan have made a show of fostering closer ties-at the expense of Turkey’s relations with NATO.

But now, with tensions again flaring with Russia, Erdogan is looking West for support. At Turkey’s request, NATO will be holding a meeting to consult with Ankara on the situation in Syria on Friday.