The Criminal Investigations Directorate (CID) has summoned the Managing Director of Dfcu Mathias Katamba and the Kabale branch Manager Morgan Mutesasira over allegations that the duo are in connection to the theft of over She’s 70m from the customer’s deposits.

According to documents this website has landed on, Ms Grace Nyakaishiki Kamuhunda petitioned the director CID on February 10, 2020 requesting for proper handling of her file No. GEPOT6/ 2018 against Dfcu bank and Florence Tumwijukye.

Kamuhanda says, she opened up an investigation case at CID headquarters Kibuli under case number GEPOT6/ 2018 against Dfcu bank and Florence Tumwijukye. However, Tumwijukye connived with Dfcu bank manager Kabale branch together with the Bank’s legal department and transferred money from her late daddy, Mzeei Kamuhanda John Wycliff from account number 01983001000395. 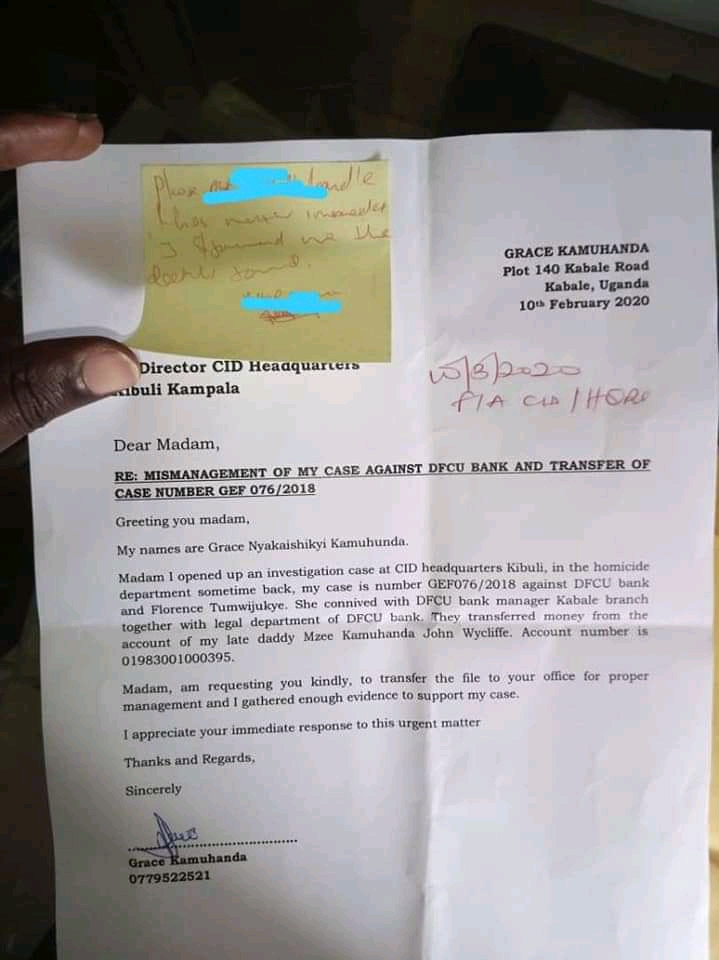 Kamuhanda’s lawyers of Twijukye And Co. Advocates, on September 6, 2019 wrote a notice of intention to sue to Dfcu Bank, instructing them to refund the Shs77,122,000  they illegally withdrew from Mzee Kamuhanda’s account on February 2, 2018, plus payment of Shs15,000,000 as investigation fees incurred in the matter.

However, the management of Dfcu Bank turned a deaf ear to the lawyers’ demands, which prompted Kamuhanda (Grace) to petition the CID Director Grace Akello. 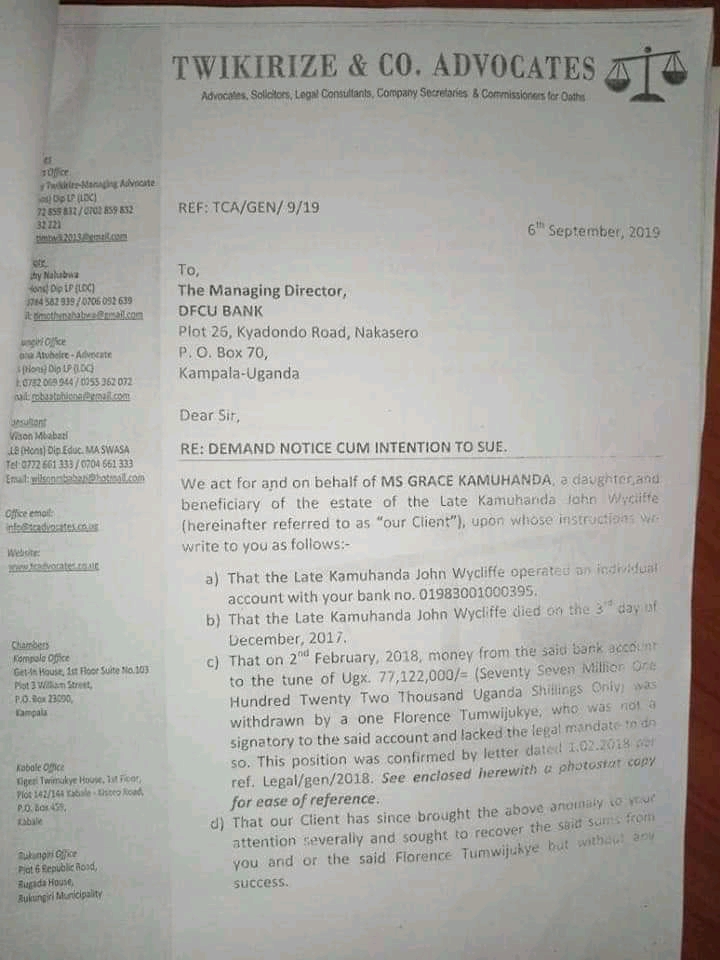 Bank in July 15 2019 confirmed being hit by a huge fraud that involved loss of billions of customers’ money. 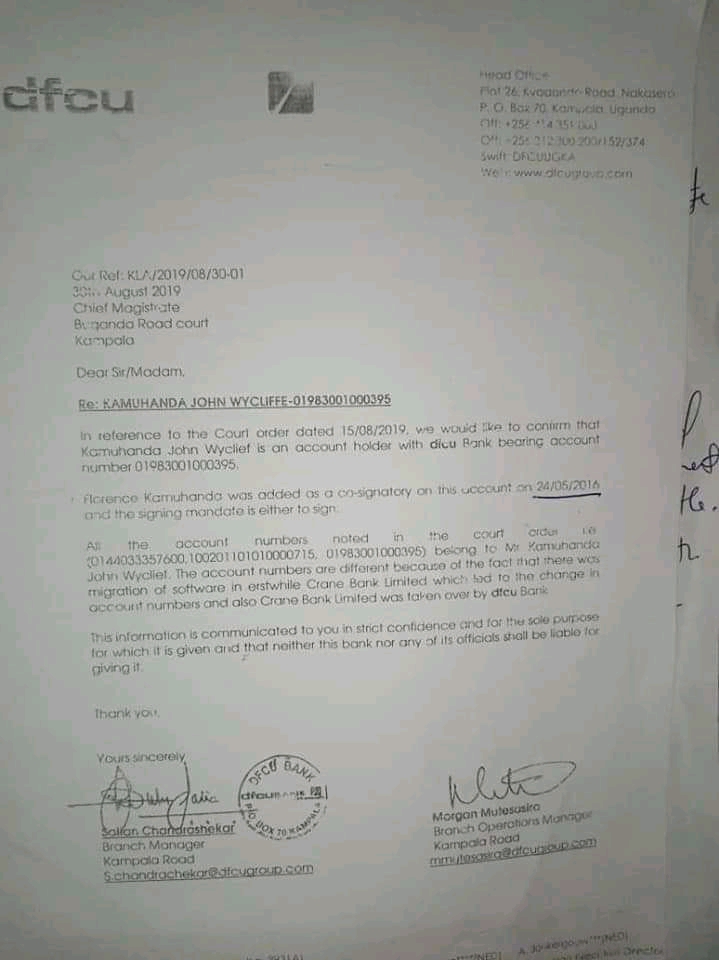 The bank identified a high-value transfer, and following an audit, a number of discrepancies were identified, sources said.

dfcu didn’t give details of how many customers were affected by the huge scam.

It was however, alleged that funds were illegally wired in bits from the dfcu bank accounts at the main branch and sent to accounts of different people, who withdrew it.