Mean looking Uganda Revenue Authority ‘URA’ enforcement officers on Monday  impounded singer Jose Chameleon’s vehicle with South Sudan number plates SSD 499B.
On Easter day a scuffle ensued between Chameleon and URA official after the singer had just arrived at BBS Terefayina station where he was slated perform live on TV he was ambushed by URA officials demanding for documents showing the registration of his Land Cruiser V8 2019 model. 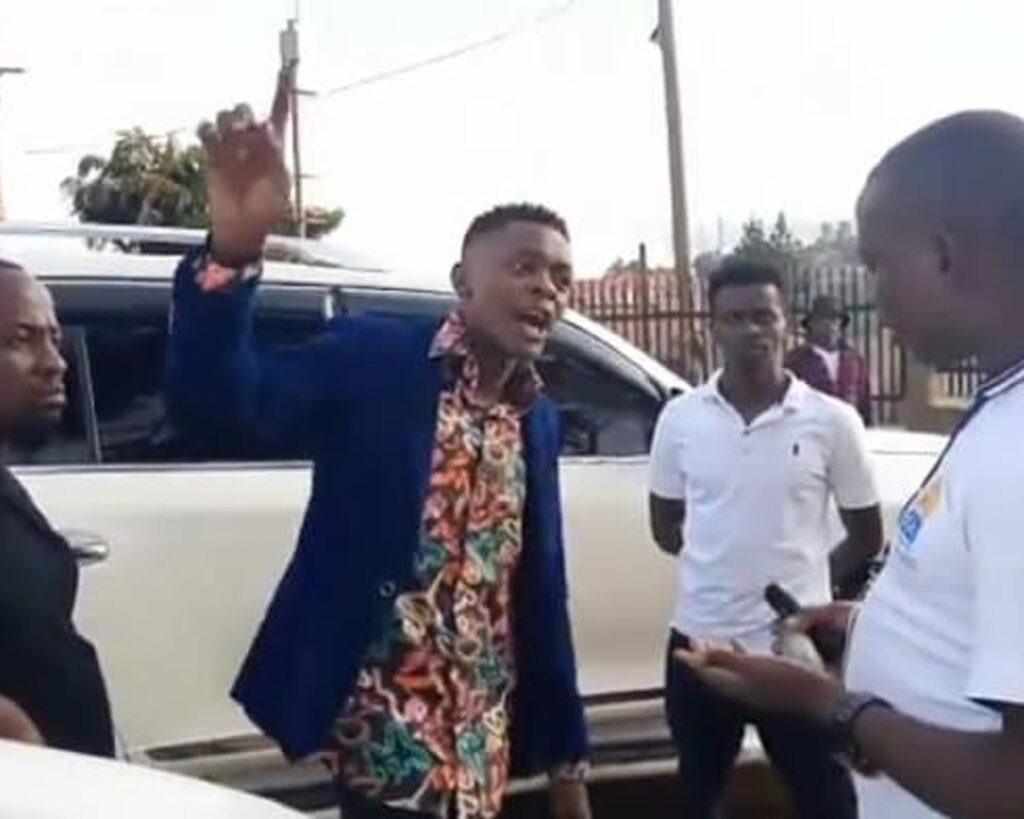 In a video that is going viral online shows the 2021 Lord Mayor hopeful who was getting late for the performance in a tight argument with a top URA official.

The official is heard asking the singer to produce the documents showing vehicle registration, but Chameleon was not ready to oblige to the orders.

“You cannot come to me on a public holiday and start bringing your nonsense. We are fed up, we are tired! Today is a public holiday. Jesus is risen. When does URA rest ?” Chameleon is heard asking.

Chameleon pleaded he had documents at home and that he was willing to go to his home with the officer after his performance on live television.

When the officer refused, the reptile that he is, Chameleon changed his colors and softened. Somehow, he managed to convince the taxman and the vehicle survived being towed away.

It’s not the first time Chameleon is getting involved in a scuffle with URA over tax issues. Most notably, in 2014 just before his TUBONGE live concert at Lugogo cricket Oval, the singer’s Escalade was towed over 42 million shillings tax arrears.