He died after being involved in a car accident along Masaka road.

Katongole  was rushing to the burial of Dr. Ana’s Kaliisa, a senior political analyst in Ruhama county.

Several other passengers, who were traveling with the deceased in the saloon vehicle, were rushed to Masaka Hospital.

Katongole was a former Chairman of the Buganda Nkobazambogo Bilal Islamic institute in Kakiri. 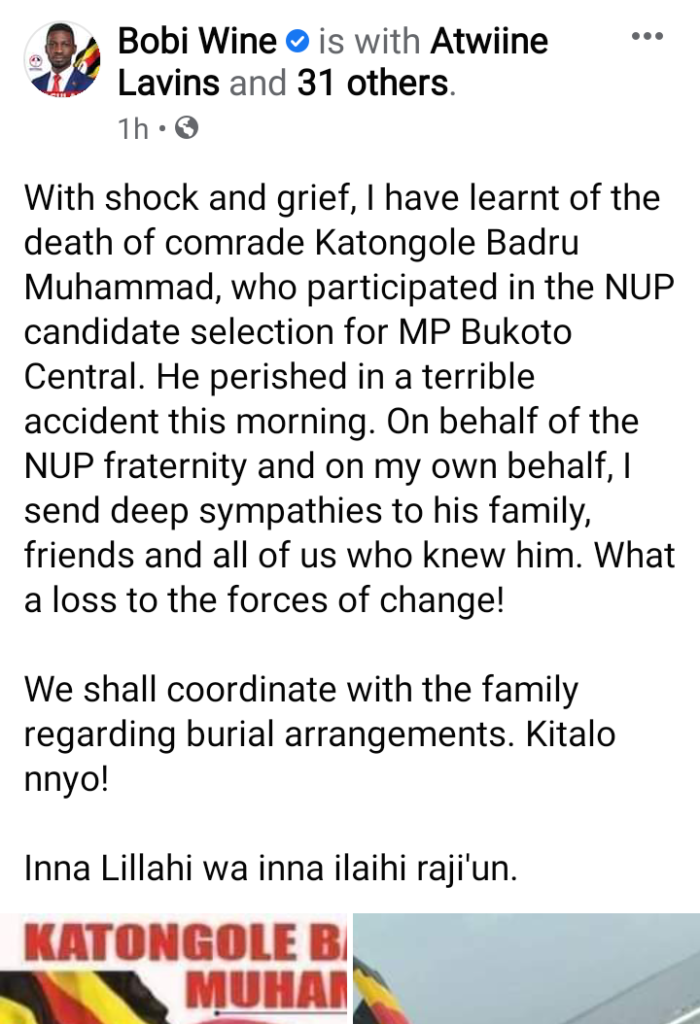