Lumumba was accompanied by other senior leaders that included the party’s National Treasurer, Hon Rose Namayanja Nsereko, Hon. Emmanuel Dombo, the Director for Information and Public Relations, Hon Mathias Kasamba (Director Mobilisation, Recruitment and Cadre development,) and Hajat Medina Naham , the Director for Finance among others as they visited the Tanzanian high Commission in Kampala.

Speaking to the media, Lumumba hailed the late Tanzanian president as a statesman and nationalist who was dedicated to the holistic liberation, emanicipation and preservation of the African race.

“At this difficult time when the continent is mourning the passing of one of its ideologically well oriented leader, the National Resistance Movement is confident that given the smooth transition within the Chama Cha Mapinduzi, in which Her Excellency Samia Suluhu Hassan has assumed the office of the President of the United Republic of Tanzania, the correct trajectory of development will continue for the benefit of the people of Tanzania, the East African Community and the African continent,” Lumumba said.

The Secretary General said the NRM will use this opportunity to avail and renew assurance of continued relations with the Chama Cha Mapinduzi, the ruling party in Tanzania.

The FDC leaders signed condolence book and commiserated with the People of Tanzania for the loss of the great leader and son of the soil. 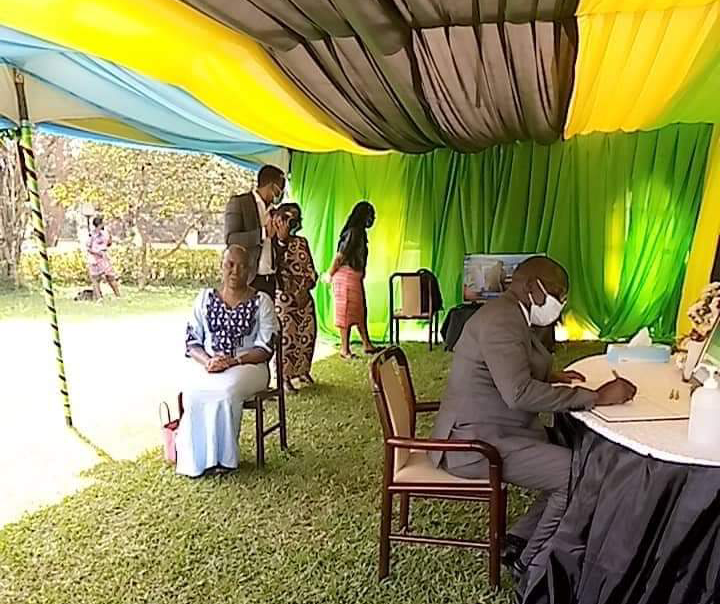 Previous ArticleWanted ACP Jonathan Baroza Sneaks Back Into Uganda, Hands Self to Security
Next Article Kampala Parents School Dedicated Over 200 Candidates To God Ahead Of PLE Exams