Ugandan awards winner Comedian Patrick Idringi popularly known as Salvado alias ‘Man From Ombokolo’ has been snapped by Sanyu FM and is set to host the station’s Breakfast Show every weekday from 6 to 10 am.

The latest we have obtained is that the funnyman will be replacing James Onen aka Fatboy.

This website has reliably learnt that the ‘Man From Ombokolo’ is already praising gods of the land after receiving the good news of his new assignment and thus shared the announcement on his social media platforms with a caption “Godspeed”. 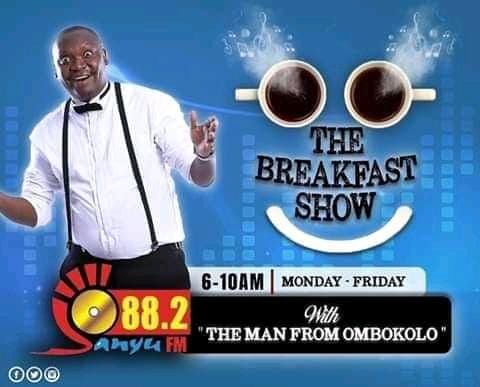 However, this is not the first time Salvado is going to be on the radio airwaves. The true African black skinned giant has previously been a presenter on Capital FM.

But Who Is Salvado?

In 2009 he participated in a reality comedy competition by Multichoice Africa called Standup Uganda and came in second. In 2011, Salvado was hired on the radio station 91.3 Capital FM doing the Overdrive show.

In 2015, he won the Uganda Entertainment best Comedian award.